RELATED:  Zach Williams' Official Music Video for "Go Tell It On the Mountain"

“We knew we wanted it to have a rock and roll edge, a southern rock feel. That’s when we got the idea to go down to Muscle Shoals.” FAME, where artists from The Gregg Allman Band, Aretha Franklin, and Little Richard have recorded, is preserved in all its 1960's rock glory and a key component in capturing the sound for I Don’t Want Christmas To End. “We got down there and all the original gear is still there from the Sixties,” Williams says, “the original rooms, the original console. Recording there really made the songs come alive even more than I thought it was going to.” 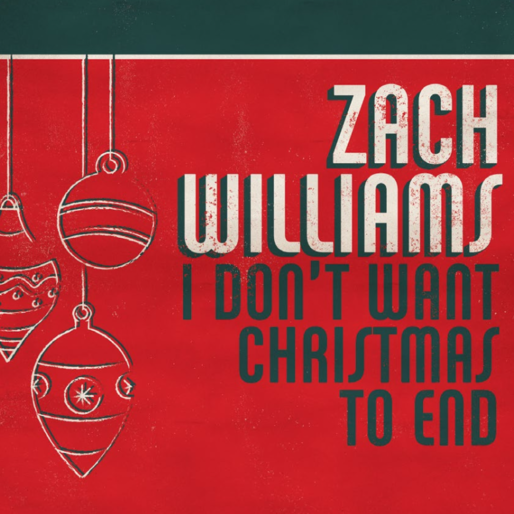 Williams cannot wait to take these holiday songs live on the road on his "I Don't Want Christmas To End" Tour. Featuring special guest Anne Wilson, the 11-city tour running through December will be an evening filled with music and fun celebrating the reason for the season.